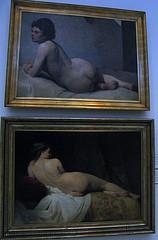 American scientists in the research came to the conclusion that life on our planet could harbor near the volcanoes. Experts have come to these conclusions after analyzing the contents of the flask left behind by the famous experiments made in 1953 and 1954 by Professor Stanley Miller. He put in a sealed flask water and the mixture of gases – hydrogen, methane and ammonia – from which, as believed at the time, was the atmosphere of ancient Earth. Next, the scientist passed through this mixture of electric discharges. A few weeks later the water darkened, and its chemical analysis revealed that it contains amino acids – basic building blocks that make up the proteins of all living organisms.

Ie Miller showed that organic substances that are biological molecules that can occur spontaneously by chemical means. Now, scientists decided to examine the contents of flasks with modern methods. 'In one of the bulbs we have registered 22 amino acids, ten of which have not previously been found in similar experiments' – says Daniel Glevin of the Goddard Space Flight Center, adding that the experiments Miller recreates the atmosphere of hydrogen, methane and ammonia. But according to modern concepts in ancient atmosphere was dominated by carbon dioxide, carbon monoxide and ammonia. Therefore, according to the authors, Millerovskiy composition of the gases could exist on Earth – local emissions of volcanoes, near which could synthesize the building blocks from which later formed the biomolecule. Earlier, European and American scientists have found at meteorite molecules that make up dna and rna oraganizmov living, which is evidence of an extraterrestrial origin of life.