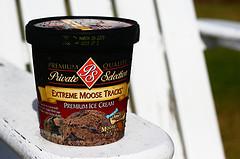 If you take the music, I believe that the club "Extreme Factor" has given strong impetus to the development of hip-hop movement in Kazan. It is time attention and alternative rock. I think it needs just a little push. usp is now embarked on a very interesting project and we are ready to support it and participate in it. I myself have a child only listened alternative music, and visited a lot of rock gigs, and was an ardent fan of Nirvana. I also really like the Russian punk-rock bands such as Naive, cockroaches and other groups. I think that thanks to usp and the club "Extreme Factor" they will become frequent guests of Kazan.

Vitaly Frolov, head of the Underground Scene Promo: The development of alternative music in Kazan is very backward compared with other cities. This is largely due to the fact that few people had organized alternative rock concerts, or organizing them on a bad level, brought no interest group, they were in the basement club with bad sound. In general, there was no incentive to attend these concerts. A few years ago, Many have just started listening to alternative rock. These were the people who are tired of boring pop and contradiction, I think R & B. But not many rock fell in love, because it was simply a pitiful semblance. But now everything has changed, level of rock music in the town increases greatly. In recent years, a host of promotional groups that bring in Kazan different groups pronounced the same style.

usp does not limit the styles of rock music, making soups with wild We import from different cities. On "Alternative Christmas tree," we have brought some interesting team. Before that, few people knew about these groups, the style of their execution. As a result, the concert were all satisfied and we shall henceforth continue the development of alternative music in Kazan