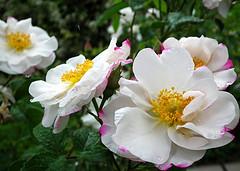 In order to give up smoking, you need serious motivation. Someone quits smoking for his career, someone for the sake of loved ones, and someone on the dispute. Motivation can be very different, the main thing – it must be strong enough to overcome a passion for tobacco. For example, the Hollywood actor Ben Affleck, star of films "Armageddon" and "Pearl Harbor" gave up smoking for the sake of his daughter Violet, who he in 2005 gave birth to his wife, actress Jennifer Garner. According to actor, children – the only reason that can make to get rid of addiction. Solidarity with him Julia Roberts, who gave up smoking and took up yoga in 2004 when I started to attempt to pregnant. Strong incentive for many "stars" becomes a career. For example, Sylvester Stallone gave up cigarettes in the mid 70's, when filming the movie about a boxer "Rocky" that made him a star. During shooting the actor felt that the ring he began to suffocate, and that was a valid reason to quit smoking. "The Godfather" Al Pacino stopped smoking in 1954, feeling that tobacco adversely affects his "Firm" tone of voice – low, hoarsely. Concern for the vote and forced the singer Alexander Malinin quit. For the sake of filming in Hollywood is left with a cigarette Vladimir Mashkov. However, a determination to quit Smoking is not enough. Necessary willpower to not smoke again, as happened with Uma Thurman and Britney Spears, who give up cigarettes in anticipation of a child, but returned to normal after childbirth. The same story befallen his wife and Michael Douglas actress Catherine Zeta-Jones, who at one time to quit for the sake of children, but determination did not last long – now she continues to smoke. The original method of smoking cessation elected Elizabeth Hurley – on the advice of a book she tried to quit smoking with the help of "substitute" cigarettes – baby nipples. But this method it has not helped. And the actress Melanie Griffith has not helped even oath to quit smoking, which she gave at the bedside of dying from lung cancer of his father. Not enough "star" will power, will not tell about a rock singer and songwriter, Johnny Holliday, who had quit smoking because it promised a real man. In 2002, the 58-year-old rocker took participate in the rally "Paris-Dakar" and at one of the Sahrawi stages of its "Nissan" is broken. While waiting for help, he promised that if gets to Dakar, then quit. Roker has successfully finished in the Senegalese capital. After that he did not touches to cigarettes.