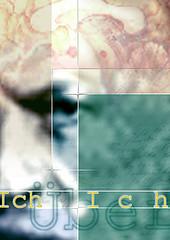 What started as a kingdom? Clouds poets, artists, composers roam the planet in hopes of not supplant, but to cram their attraction to religious art. Sorry for them is looking to high-rise Freudian worldview. Just wanted to send them into the garden or a brothel, not to torment mankind "eternal questions". Solomon was lucky: there were 700 wives and 300 concubines, and all he found time. And all there, "Song of Songs." This no matter how much he wrote, do not be a harem. Or perhaps a pity that the harem was. And suffice it and attributed Ecclesiastes! Birth of Solomon's May 6, 1856 a boy was born – in the "shirt" and covered with black hair. A week later he underwent circumcision and gave two names: Solomon (in honor of his father Jacob) and Sigismund (for some unknown reason).

Freud was born in the city Freiburg (now Pibor) in southern Moravia. The family had eleven children, four of them – the children's father from a previous marriage. From jointly acquired offspring Sigismund (Sigmund, he later became) was the eldest. When, after he was born a boy, who was named Julius, a small Sigismund so jealous of him to his mother that he wished the baby's death. At the age of eight months, the baby died unexpectedly.

Until his death, Freud blamed himself for the death of an infant. His mother doted in the elder son, and he replied the same. When she had to deal with one of his sisters play the piano, Zygmunt said that music prevents him from learning. Piano was sold. Later in the fact that his sister did not receive music education in general were a lot of things are deprived of Sigmund Freud, too, blamed himself.